Down by The Creek.

I have just returned from ten days working in the United Arab Emirates, Abu Dhabi, Sharjah and Dubai. I have been a few times before to Dubai but only fleeting visits and always confirming my feeling that it’s a soulless monstrosity cluttering an otherwise pristine desert. This time because of the work I was doing I had more opportunity to engage with its population and this gave me pause for thought.

I was born in London and was always proud of our multi-cultural diversity and have sadly watched at safe distance this heritage eroded and denigrated, myth and falsehoods perpetuated by fake news and fascist firebrands. I have lived as a migrant in the Middle East, a landscape torn apart by competing empires and paying the price to this day, my faith in humanity never wavers but is constantly tested, the era of Brexit and rise of the populist sodomizers intent on divide and rule and profit before morality the most depressing of tests. 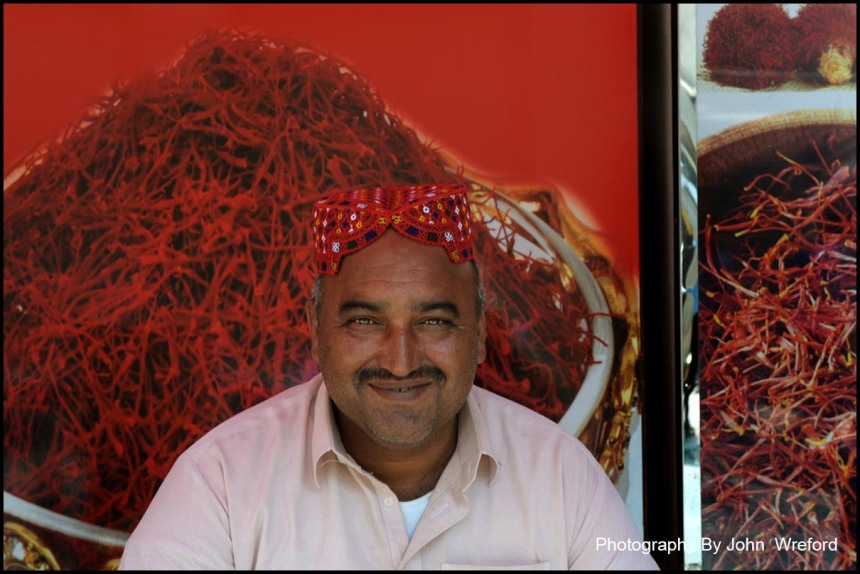 Could there be a more multi-cultural society than the UAE? Yes, the shiny mega-projects were built on exploitation amounting to modern day slavery and obscene discrimination but for all the failings the overriding asset the Emirates has to offer is its vast migrant resource. Over the course of my visit I probably met around half a dozen Emiratis and they were without exception, warm, friendly and very welcoming but everyone else was from everywhere else, I met Brits and Americans, Australians and Romanians, Pakistani, Indian and Kashmiri, Russian and Ukrainians, Syrians, Jordanians, Egyptians, Afghans, Zimbabweans, Thai, Filipino and Korean, many were the second generation of mixed expat marriages.

Sure it was still only a short visit and its never enough to fully understand the complexities of any society but it did leave a lasting impression, not just the warmth and friendliness I was shown at every juncture but also the support and understanding shown to each other, the Russians working alongside Ukrainians, the Indians with the Pakistanis.

Without stoking the fires of fear, humanity is doing just fine. 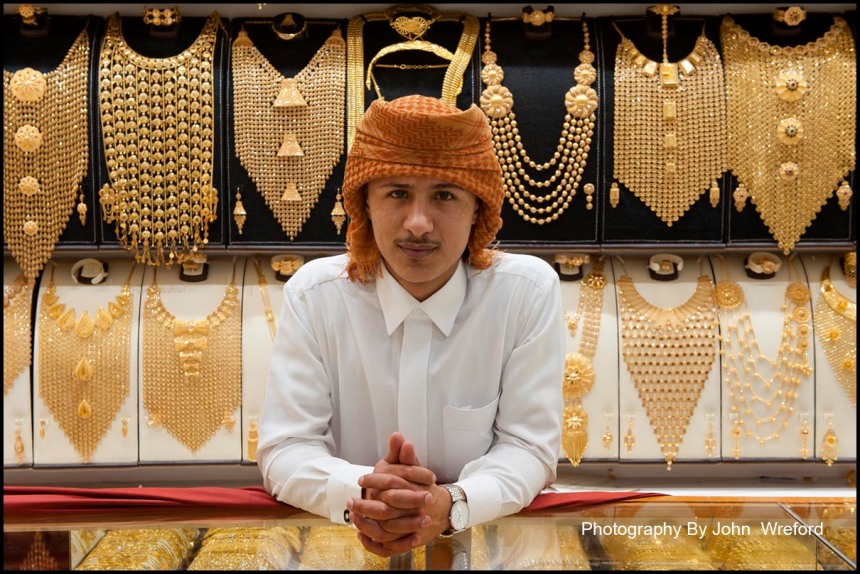 These random portraits were shot quickly between assignments in the busy Gold Souk and port alongside Dubai Creek.

If you are interested to see what work I was doing in the Emirates you can check out my website: John Wreford Photographer 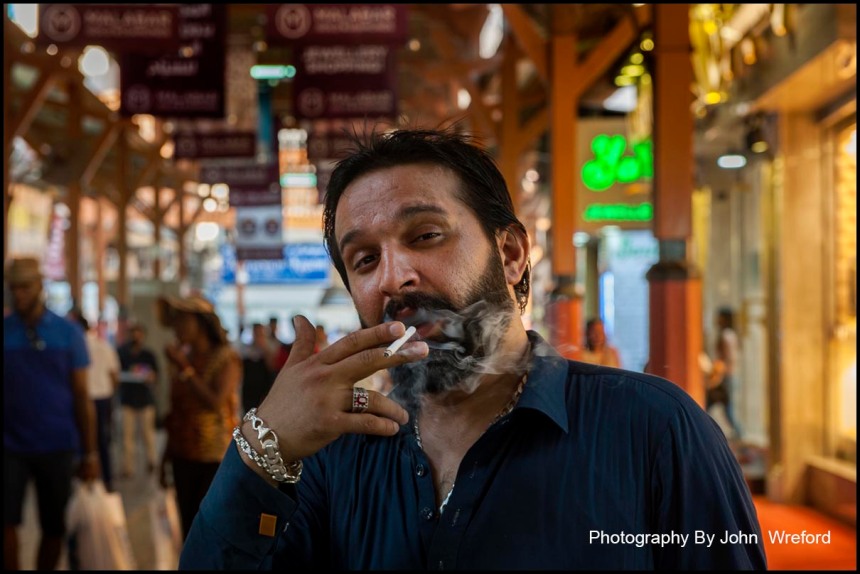 55 replies to Down By The Creek