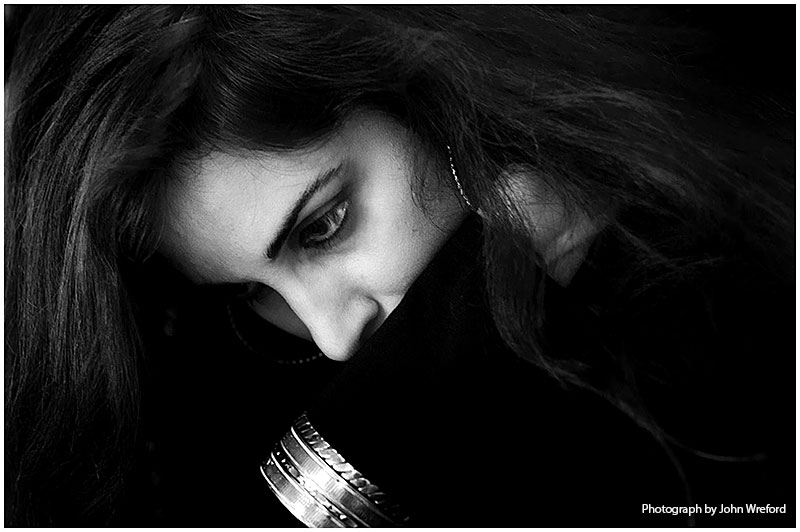 Sitting with Yasmine Hamdan on the stairs at the entrance to an Istanbul jazz club, it’s a cold winter Sunday and the last rays of sun are slipping through the glass of the door, Yasmine is performing later that evening and her band are sound checking inside, we chat about Beirut and Damascus, cities tied by so many threads, one who’s heart was not so long ago broken and one who’s heart is currently being broken, without doubt Yasmine is one of my favorite Arabic singers and has recently appeared in the new Jim Jarmusch film, far and away the coolest living director, that and the fact the film is set in Tangiers should be the subject of our conversation but sadly it’s the tragedy in Syria that keeps us occupied, I take a few pictures, I can’t help thinking there’s a melancholy in her eyes that’s perhaps not related to the conversation, either way the mood is soon lifted and we head into the sound check.
The women of the Middle East get a pretty bad press one way or another but to me Yasmine seems very familiar, feisty, opinionated and independent and reminds me of many of my friends although her talent is clearly above and beyond, yet on stage her rapport with the audience seems a little on the shy side but once singing she is heart stopping and like those she admires is prepared to go against the grain, from Asmahan the Syrian Druze who dared to challenge Umm Kulthum for the divaship of the Arabic world in the 1940’s to Radiohead, her music often hypnotic and a voice smoky as Arghileh charcoal but at heart she is a Beirut punk and she is what the Middle East is all about, not a bit like you think it is.